Dr Khan of the Morehouse School of Medicine called for immediate action by the FDA for “accelerated approval of Simufilam for the most significant unmet medical need in the United States of America” noting Alzheimer’s Disease “claims the lives of 13 patients every hour. If the FDA allows phase three trials to continue for two years, then we risk the deaths of over 240,000 patients.”

This is not the first time a Citizen’s Petition was submitted related to Cassava Sciences. Back on August 23, 2021, a citizen’s petition was submitted to halt the Phase 3 trials of simufilam due to unproven allegations of fraud. The following day, the law firm representing the petitioners admitted that the group they represented held short positions of Cassava Sciences. The damage was done and the stock price lost two-thirds of its value. “This petition was submitted by a group that has a short position on Cassava Sciences stock, and they stand to benefit financially by casting doubt and delaying phase 3 trials from starting,” states Justin Diercks PharmD, BCACP.  “To my knowledge, these are both extremely unusual circumstances, and together maybe the first time in the history of 505(q) petition process.”

Numerous commentators on Reddit, Seeking Alpha, and Stocktwits expressed their outrage. Some had family members with Alzheimer’s in Cassava’s trial while others were investors who lost significant amounts of money from the short-seller attack. Strong language was used to describe how appalled they were at the attempt to stop the experimental drug from coming to market. “This is a self-serving, deceptive and destructive petition that is not filed on behalf of the human beings this drug is intended to benefit, it is filed on the behalf of one or few short-sellers who have gained financially at the expense of investors and future patients,” says Stephen Sharkey. “The petition had made reference to a “whistleblower” which is typically used to refer to someone inside the company. This “whistleblower” was later revealed to be someone outside the company that held a short position in the stock.”

“This petition is full of distorted facts with the purpose of destroying a small biotech company that is developing an effective AD medicine that will benefit millions of human beings all over the world. My father just passed away in May 2021 with AD, I want to do anything and everything to support the development of effective AD medicine. This petition reveals the evil spirit and intention of some very dark force, and should be dismissed and banned by FDA.” states a commenter who wishes to remain anonymous.

Despite the surrounding controversy, Cassava Sciences is moving full speed ahead. In September, Cassava announced the initiation of Phase 3 trials through an FDA special protocol assessment to set the terms that the drug must meet for FDA approval. They also released data showing that at 12 months, patients with Alzheimer’s continued to improve. This is unheard of in the history of Alzheimer’s treatments. Upon seeing the results, a citizen by the name of Andrej Tokmakov, unaffiliated with Cassava Sciences, submitted a citizen’s petition for immediate approval of simufilam and to initiate Phase 4 of the drug through postmarket surveillance. 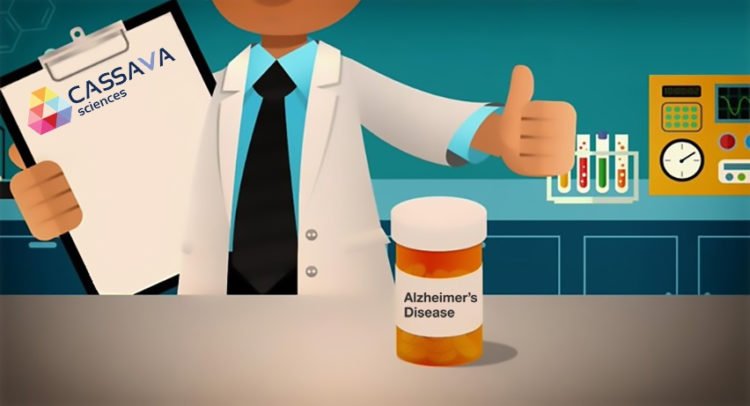 On November 17, 2021, the lawyer behind the citizen petition publicly disclosed his clients as David Bredt and Geoffrey Pitt. David Bredt, who according to his lawyer admitted in the supplemental filing that he has taken a short position against SAVA (meaning he profits from the stock price’s decline) was named as “Executive Partner” to MPM Capital in April 2021. However, the new update to the Citizen’s Petition did not mention the fact that Bredt works for MPM Capital.

David Bredt was listed on MPM Capital’s website in August but is no longer listed as of mid-November. This alleged cover-up attempt was found out by a member of Reddit. MPM Capital is an investment fund that announced November 17, 2021, that it is seeding $51 million to Protego Biopharma to fund its AD research. Protego is a spin off from Johnson and Johnson, where Bredt worked for over 10 years. No mentions of MPM Capital were found on Bredt’s LinkedIn page.

“It does seem interesting that the unmasking of the shorts occurred on the same day that MPM Capital posted about Protego’s financing,” notes Reddit user Daiken77. The connection between Bredt and MPM points to the motivation behind the Citizen’s Petition for anti-competitive reasons. David Bredt has not issued a comment on this matter.

Labaton Sucharow issued a 4th supplement to the Citizen’s Petition on December 8, 2021. Once again, the petition “urged the FDA to immediately halt the simufilam (PTI-125) clinical trials” as they re-raise previously stated concerns regarding the drug’s proposed mechanism of action.

The FDA has 150 days, or until January 20, 2022, to respond to the Citizen’s Petition by David Bredt and Geoffrey Pitt.

New claims made by the doctor in Citizen’s Petition

“I have witnessed numerous families bring their elderly father or mother to the ER, saying, “we cannot take care of him/her.” Not because they are forgetful, but because they are easily agitated and turn aggressive.” Dr Khan starts off. “Behavioral disturbances are the primary reason families abandon their loved ones in the ER. Caregiver stress is cited in “Alzheimer’s facts and figures” as having numerous unfavourable outcomes. Worse, physicians are often forced to use antipsychotics for dementia-related psychosis and agitation, which increases the risk of death in the elderly. Physical restraints are an unfortunate last resort to prevent patients from harming themselves and staff.” He cites data showing the drug improving behavioural issues in patients, which is badly needed by caretakers.

“After more than 149,000 doses of Simufilam, patients have experienced no significant side effects. Less than ten percent of patients in the trial dropped out, meaning Simufilam is well tolerated. The FDA’s job entails risk-benefit. I do not see any risk-benefit analysis preventing the FDA from allowing all Alzheimer’s patients to take Simufilam.” states Dr Khan. “In my open letter, I urge the FDA to grant  Simufilam Accelerated Approval or respond with a legitimate reason approval is being withheld.”

Dr. Khan’s new petition also discusses the effectiveness of the drug, citing statistics that the data is valid despite open-label status of the trial. He states “a follow-up meta-analysis by [Zhang et al] also looked at placebo response data in 19,210 patients between 1992 and 2019. The disease progression rate was estimated at 5.82 points per year (on the ADAS-Cog test). It’s also suggested that placebo effect plateaus at approximately 16 weeks in clinical trials.”

“Taking a closer look at the delta between the placebo cohorts (discussed above) and the Open-Label ADAS-Cog data, overall, the delta is an astonishing 8.2-9.2. In addition, subgroup analysis shows 68% of the patients had an improvement of ADAS-Cog of 6.8. This cohort’s delta is 11.8 to 12.6. A placebo effect can not explain this.” Dr. Khan notes.

“Fast-tracking a medication after a single-arm study (open-label data) is not unprecedented. The FDA, as Ke Liu, MD, PhD cites, has taken this action when there is an unmet medical need.”

An early draft of the new petition was posted online prior to being officially posted by the FDA website. Reddit and Discord commentators on social media, who admitted they are not familiar with the drug development process, have read the petition and are in an uproar that it is not already on the market given the drug already demonstrated that it is a safe oral medication.

An activist by the name of PamStuff urged people to send the petition to their elected government leaders. Writes Kalika_2021 “We need treatment for Alzheimer so badly, it’s hard to understand why the critics won’t let the data speak. What are they afraid of?”

Disclosure: I/we have a beneficial long position in the shares of SAVA either through stock ownership, options, or other derivatives. I wrote this article myself, and it expresses my own opinions. I am not receiving compensation for it. I have no business relationship with any company whose stock is mentioned in this article.

Previous articleThe Amex Platinum Card Now Comes in Two New Styles For The New Year, 2022
Next articleDo not do these Investing Mistakes in 2022 – Part 1

Banks are closing branches. Dozens of bank branches closed around the country in 2021, and the trend has continued this year. For example, Bank of...

James Cannon
Hello, I'm James. I am a banker living in Los Angeles, I am a fan of entrepreneurship and freelancing, exploration, and gardening. I am also interested in photography and homesteading.