United will be changing its frequent flyer program by moving to a revenue earning system.  Basically this means that United miles will be awarded for the amount of money spent on a revenue ticket instead of amount of miles flown.  My first reaction was that this was another devaluation.  However, my next thought was that United’s new revenue earning system might be good for some people like me.

I earn about 99% of my miles through credit card sign ups, manufactured spend, and daily spending. Only about 1% of my miles are earned from paid tickets either from work or a rare case of me paying for a ticket.  I think United’s new revenue earning system might be good for some because:


I’m hoping my predictions are accurate and we might see a lot better award availability in 2015.  Compared to this year, I see better business and first class availability for 2015 already because United increased it’s business and first class availability earlier this year.  The high cost of premium awards definitely has lured some people away.  Mileage running or flying for miles and status will be harder than ever.  I believe manufactured spending and credit card churning will be the future of points and miles.  As long as we stay ahead of the game, we can always adapt to the changes in loyalty programs no matter how drastic they become. 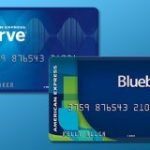 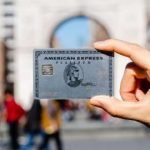