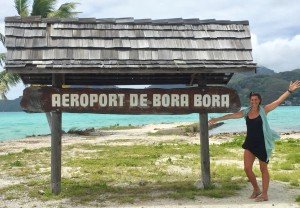 My computer crashed a few days ago, so it’s been a pain trying to recover my files and finish this trip report.  The journey to paradise was quite long but we managed to break it up by staying 1 night in Honolulu and 1 night at the Tahiti Airport Motel.  Our flight was LAX-HNL on American Airlines first class, HNL-PPT on Hawaiian Economy, and PPT-BOB in a prop-jet.

I can definitely see American Airlines stepping up their service on their domestic first class.  The service was pretty good and they add a few touches such as adding pineapple to their nuts and giving you a flower.  I was quite impressed with the food too!  The macadamia nut chicken was cooked very well and tasted like a restaurant meal.  Perhaps the best feature about AA first class is their ice cream sundaes. When you get them they aren’t already half way melted, but just right.  This flight on AA domestic first definitely beats my previous experience from HNL-LAX food and service.  Since this flight was a free one-way ticket from my previous NRT-LAX trip, I can’t complain.  Even though the food and service was nice, I still don’t think it is worth paying the extra miles for first class to Hawaii. I had higher expectations for Hawaiian Air, but it wasn’t too bad.  Our flight was from 3:30 to 9:30, about a 6 hour flight.  One problem we had at the airport was that we couldn’t print out our boarding pass because we needed proof of a returning flight.  Since we were flying Air Tahiti Nui PPT-LAX, I had to print out a hard copy itinerary by going across the airport to American Airlines.  I think a hard paper copy would have been good enough for proof because they wouldn’t accept my Iphone itinerary.  I need to be not lazy and print out hard copies of my itinerary from now on.

Hawaiian Air has a nice 2-4-2 seating arrangement for economy class if you are traveling in a pair.  We sat in the first 2 seats and it was a bit tight as expected.  I think it’s a 32 pitch seat, so not the best leg room.  However, I found out you could push a secret button under the arm rest for some additional room. Snacks and drinks were served first and then dinner came shortly after.  Everyone was served a chicken teriyaki plate, which wasn’t too bad.  They even served wine in economy class!  The downside of the flight was that the IFE was pay-per-view, so I ended up reading my Kindle and playing games. Upon landing, I was quite excited to finally land in Tahiti.  However, I wasn’t too impressed initially because Papeete Airport is very tiny and backwards.  The airport is open air and everything is very slow. We had no problem locating our hotel, Airport Motel Tahiti,  because you could see it on top of the hill.  ON TOP OF THE HILL. After waiting like 30 minutes for our luggage, we made the trek to the airport hotel.  It actually is probably only 200 yards away, but it is mostly uphill.  I carried both our luggage up the stairs, across the street, up the hill, and up some more stairs.  Check-in process was quite easy and we were directed to our room.  The rooms felt like a college dorm room, but at least they were quite clean. The downside was that they only give you a literal bed sheet to sleep in.  We used our bath towels as blankets!  At least we saved some money by not getting a taxi two ways ($40ish) and the rate was about $150.  It was at least clean, cheap (in Tahiti standards), and convenient.

The next day we ate the free breakfast at the hotel consisting of bread, chocolate croissants, and juice. We left about 1.5 hours before the flight and I realized it was too early.  It took about 5 minutes to walk to the airport, and 10 minutes to check-in.  We waited about 1.25 hours in the non-AC terminal.  Luckily our flight was leaving on time.  We boarded the plane by walking out on the tarmac and we were off on the small prop-jet to the real paradise!  Be sure to sit on the left side while flying there, and right side on the way back!  I had some amazing views of Bora Bora, but too bad the windows were dirty.  I have some better pictures on the way back though. Amazing View Upon Arrival – Too Bad for Dirty Windows

The journey to paradise was a bit shaky at first, but once we saw paradise all our worries went away! Bora Bora exceeded my expectations and truly is out of this world!  Stay tuned for more! 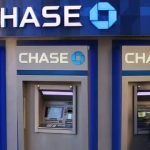