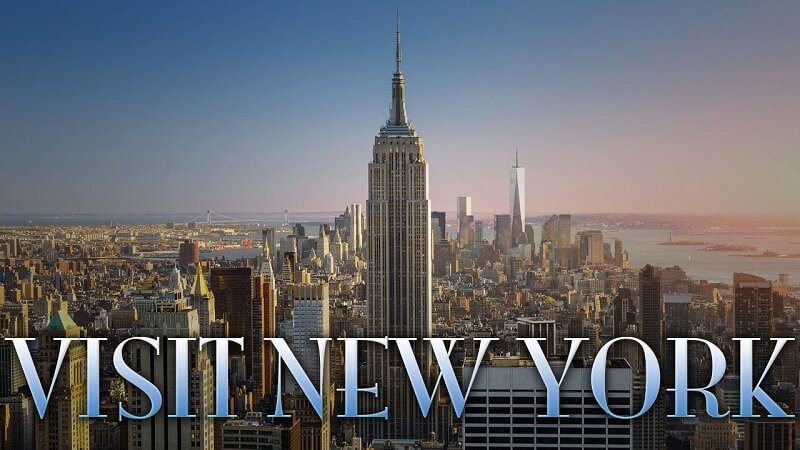 TRIP REPORT
admin
September 8, 2020September 11, 2020
I recently spent 3 days in Toronto with family and 5 nights in New York for fun.  It was our first time in New York and didn’t know what to expect. I honestly did not expect much from New York because I heard it was going to be very crowded, smelly, and very humid in July.  However, New York definitely exceeded our expectations and we had great weather during the few days we were there.  I’ll talk about how we got there, where we stayed, the sights, and food.  This will be a mini 3 part trip report. How We Got There

We got to New York on the no longer existing free one-way trick on American Airlines where you can add on a free one-way leg after stopping at an international gateway.  This is my last trip taking advantage of the free one way trick, and I am sad to see it go away.  We were in Bora Bora in April, so we added on Toronto afterwards in economy since PPT-LAX was in economy (PPT-LAX-YYZ).  For our trip in the future, we added on JFK-LAX in business class to our LAX-??? (secret for now).  Therefore, we got the LAX-YYZ and JFK-LAX portions completely for free without paying additional miles.  Originally, we had a flight from LGA-CMH-LAX, but I was able to switch to JFK-LAX a few days before to experience the new lie-flat business class seats (amazing).  Keep in mind that a change in routing with AA, upgrade in class, or date changes are free with the AAdvantage program, which is why I think AA is the best frequent flier program.

We booked a short Avios flight from YYZ-LGA to get in between Toronto and New York.  It was quite an adventure getting from YYZ-LGA in a middle of a thunderstorm.  In short, our AA flight got cancelled and we were transferred to WestJet that was delayed for a few hours, but finally got on safely with no further problems.  Makes me thankful that we don’t have these kind of weather problems in southern California.  I will review the JFK-LAX business class flight on the new A321 in another post.

We stayed 3 nights at the Wyndham New Yorker on 14,000 points per night when it was a price mistake.  I think I had bought 16,000 Wyndham points for about $55 a while ago, so it was a steal staying there.  The Wyndham New Yorker is quite close to Times Square and in a touristy district.  It was conveniently located next to the Penn Station metro.  There isn’t much to say about the hotel.  The rooms were quite clean, small, and had a Nespresso machine.  The hotel itself is going under renovations and was quite busy the whole time we were there.


We stayed another 2 nights at the Radisson Martinique Broadway, which I thought was much more spacious and a bit more upscale than the Wyndham New Yorker.  I used 50,000 Club Carlson points to stay 2 nights with its buy one get one free on award nights.  I thought this was amazing value because the Club Carlson credit card earns 5X Club Carlson points on every purchase.  That means you only need to spend $5,000 to get 25,000 points, which is the one night cost of many high end Club Carlson properties.  With SPG, you would need to spend at least $12,000 for something comparable.  I’m sure the Club Carlson program is due for a devaluation in the near future.  Although the hotel was nothing special, I found the location even better because it was a bit less touristy, more quiet, and right above the Herald Square subway. I also liked it was next to NYC Koreatown, which is more like a long street of Korean restaurants and stores.  It was also next to a outdoor food market, Broadway Bites, which was pretty nice to walk around.  I’ll be sure to expand on the sights and eats in the next post, stay tuned! View from the Room

I strongly recommend staying at the Radisson Martinique Hotel on Club Carlson points. Although the hotel is in no means amazing, it is in a great convenient location and does the job. In a city like New York, a great location and a clean room is almost all you need because New York City is not a place to sit and relax in your room.  Most of the time we were out exploring and seeing the sights.  I don’t recommend staying at the Wyndham New Yorker, unless you can get a dirt cheap rate.  I think the area is too busy and not as appealing looking.  I don’t think you need to be too caught up in getting an awesome hotel in New York.  I would rather save my hotel points to stay at a nice hotel in a more relaxing place such as Hawaii.  If it is your first time in New York, don’t spend too much time or points on the hotel because there is plenty to do in NYC. 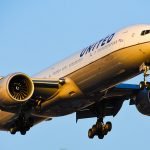 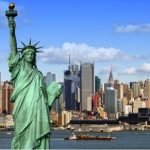